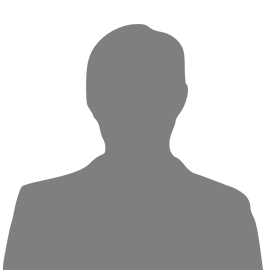 Joseph Goldstein founded JGArchitects PLLC in 1998 as a collaborative practice of leading specialists with expertise in architectural interiors. Prior to forming JGArchitects, he was an associate in the partnership group of Skidmore, Owings & Merrill, where over a ten year period, he worked as project architect on office interior projects including corporate headquarters for Salomon Brothers, Chemical Bank in New York City, and UBS Warburg in Stamford, CT.

His work as principal of JGArchitects also includes headquarters projects including for such companies as Epsilon, Nippon Telephone & Telegraph America, and Siemens North America; as well as other projects for Fortune 100 international corporations such as Goldman Sachs, AIG, Black Rock and Spear, Leeds & Kellogg.

Additionally, Joseph Goldstein has led JGArchitects in other types of interiors projects for foreign governments such as Barbados Permanent Mission and Consulate General in New York City; and the Permanent Mission of Trinidad and Tobago; fitness clubs such as Aspen Fitness Club in the Takashimaya Building in NYC; and art galleries such as Cuban Art Space in Chelsea.

A licensed architect in four States with over twenty-five years of experience, Joseph Goldstein attended Paul Mellon Centre for the Study of British Art, and graduated from Yale University and Cooper Union School of Architecture. He has been teaching design studios at the New York School of Interior Design since 2005; has served as guest architectural critic at Pratt Institute, Parsons, The New York School of Interior Design, New York University, City College of New York, and New Jersey Institute of Technology; and is Board Secretary of the Congress of International Modern Architects [CIMA].

The Cooper Union for the Advancement of Science and Art